I’m not quite up to speed on the details of the latest Supershenanigans, largely because I have stopped paying attention.  This was a farce to begin with, and now we’ve come to the smelly end of it.

Supposedly, if they identify a certain amount of cuts, then the debt ceiling goes up, but if not, then it stays where it was lifted a while back, and if there’s no agreement whatsoever, then they gut defense and mildly inconvenience some social spending.

This was a bad deal to begin with, and only a feckless Republican leadership would have signed on to a deal that held defense hostage as a guarantor of diplomacy.  So feckless that now the point they try to make is that the Supercommittee is not binding on future Congresses, and may not even be binding on itself.  Senator Kyl slyly informs us that the Supercommittee is not all it’s cracked up to be, and reassures us that it is not binding.

JK (Senator Jon Kyl): …All across the board, the cuts that are already required as a part of the budget deal are going to put extraordinary strain on our military. It’s going to have to cut between $400 and $490 billion dollars over the course of the next ten years. That’s going to be very difficult. Everybody agrees that if you then had to sequester another $600 billion on top of that, it would be unthinkable. And the only reason I voted for the bill that does all this, is because I believe that it would be so unthinkable that in fact, we wouldn’t do it. In other words, they wanted something that would be so severe, that it would an action-forcing mechanism. I think the reality is they overreached, and made something so bad that Congress and the President, in fact, would never implement it. And I would lead the charge to avoid its implementation.

HH (Hugh Hewitt, interviewing): So the supercommittee could actually “fail”…

JK: We could change it.

JK: …the so-called supercommittee could change it. Or if we were unsuccessful, or the Congress didn’t adopt what we wanted to do, we could immediately seek legislation to overturn that part of the law. I would lead that effort, I can tell you, because there’s no way we could stand to do sequestration of $600 more billion dollars on top of the $400 billion plus already for the military.

First, that’s not reassuring, and second, if it’s meaningless, then all along, it was nothing but a ruse to fool conservatives into allowing a hike in the debt ceiling.  I opposed this noxious turd from the beginning, and now that the “truth” is coming out, I am even more thoroughly disgusted with our petty, self-serving “leadership”. 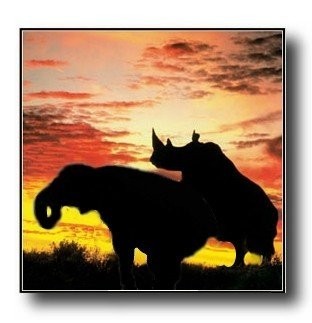 You don’t push the self-destruct button because you are sure nobody ever wired up such a dastardly thing.  But there, plain as day, he says he only voted to destroy the military because he was sure it would not happen.  Naturally, I don’t believe this nonsense.  He voted for the supercommittee for the same reason the rest of the GOP did–they were scared to death of actually taking the debt fight to the President.  They have drawn the wrong lessons from the Clinton/Gingrich shutdowns in the 1990s.  I remind the gentle reader that we “lost” those fights because we caved.  We were winning, but the GOP is defective, unfit to hold the majority, and they respond like a minority party every damned time.  As I wrote in the beginning of this debacle, before it was even called a “supercommittee”:

We brought them votes and cash, criticism and focus: victory and accountability.  Apparently, this is unacceptable.

We have kicked and pleaded, cajoled and Mitch-slapped the GOP.  We brought them votes and cash, criticism and focus: victory and accountability.  Apparently, this is unacceptable.  Lest you forget, the GOP has kicked the can down the road since the Tea Party put them back in power.  They refused to speak out during Nancy Pelosi’s scorched-earth lame-duck torching of the remains of the country, claiming instead that the budget was the real place to fight.  They refused to engage on budget continuing resolution after continuing resolution, until that, too was a dead horse, claiming instead that the debt ceiling debate was the real place to fight.  They refused to push the administration even a single day beyond its imaginary deadline, and eventually gave the President everything he wanted while inventing yet another real place to fight–the Supercommittee.

Now Jon Kyl informs us that this too does not actually matter–it’s a hollow gesture, just a ruse, really.  He can’t imagine that anything will actually come of it.  The problem is that the Republican leadership has been engaged against only one enemy, fighting a delaying action against the Tea Party.  They are closing ranks with the Democrats who actually know how to wield the power of the Congress.  In their stupidity, they might even believe that the Democrats will take care of them, if they can just pretend to work with the Tea Party well enough to make us go away.